Since motor vehicle crashes are a leading cause of death in the U.S. it maybe helpful to understand a little bit about crash dynamics. 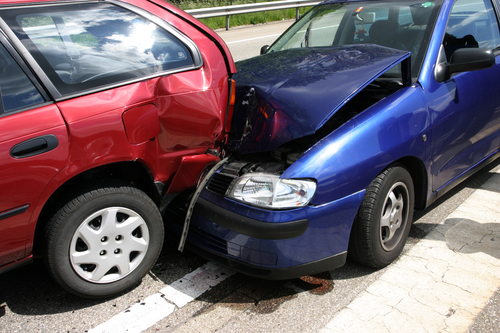 During a motor vehicle crash there are actually three collisions that happen:

The next important aspect to realize is crash force.

You and your passengers have the best chance of reducing or avoiding injury if everyone is buckled up.

How much force is required to restrain an occupant in that amount of crash force? This is the equation: Weight of occupant x vehicle speed = force needed to restrain the  occupant.

For an example, a 10 pound infant in a vehicle moving at 30 mile per  hour would require at least 300 pounds of restraining force to keep from moving forward.

There are many factors related to injury prevention that must be considered before, during, and after a crash to prevent or minimize injuries from occurring. Here are a few examples:

The MORE energy that a car absorbs during a collision through safety features like crumple zones, seat belts and airbags, the better chance you have for survival.

It is up to the occupant to take advantage of some of these safety features, like always using a seat belt, and for using additional safety devices like car seats, booster seat or a RideSafer and maternity seat belt adjuster crash tested for safety, like the Tummy Shield.

Be safe out there.