With pregnancy comes the quest for knowledge. When you’re pregnant, you want to know it all? How do I stay healthy? How do I keep my baby safe? How will my body change? How does baby grow? And so on and so on. Well, just to help you along on your quest for knowledge, here’s a list of um, well, “interesting” facts that wouldn’t normally be found in your basic pregnancy text book: 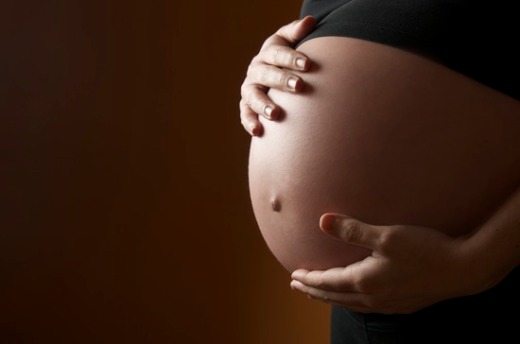 1) Compared to 10 years ago, three times as many women are giving birth by way of Cesarean section.

2) A mama-to-be’s heart, uterus, and feet increase in size during pregnancy. The uterus expands to 500 times its original size. Thank goodness, our feet don’t grow quite that big!

3) The longest known pregnancy was way more than nine months. It was one year and ten days.

4) Babies urinate in the uterus from the second trimester on.

5) Meconium, a baby’s first poop, first starts being made from around 21 weeks gestation. However, it won’t be passed until after birth. Some babies pass it during birth if they’re under destress.

6) It’s no myth that a mother’s sense of smell is heightened during pregnancy. It is believed this is the case so that mother’s can avoid foods that are not good for them and baby.

7) Mothers and pregnant woman can lactate at the sound of a baby’s cry, even if they baby is not their own.

8)The only scientifically proven method of legitimately bringing on labor is nipple stimulation.

9) Humans, rabbits, dogs, pigs and whales all start out as eggs about 0.2mm in size.

10) Here’s an old wive’s tale that’s true: women who suffer from heartburn generally give birth to babies will lots of hair.

12) Babies cry in the womb. However, you should still sing to them…haha. Just maybe try Taylor Swift over Miley Cyrus. You never know!

13) Pregnant women usually only need to eat an extra 300 calories a day.

14) More than 3 million children a year or about 49% of pregnancies are completely unplanned.

15) Within the first three months of pregnancy, a baby’s fingerprints are set.

– Five Must Have Christmas Gifts for the Mommy to Be